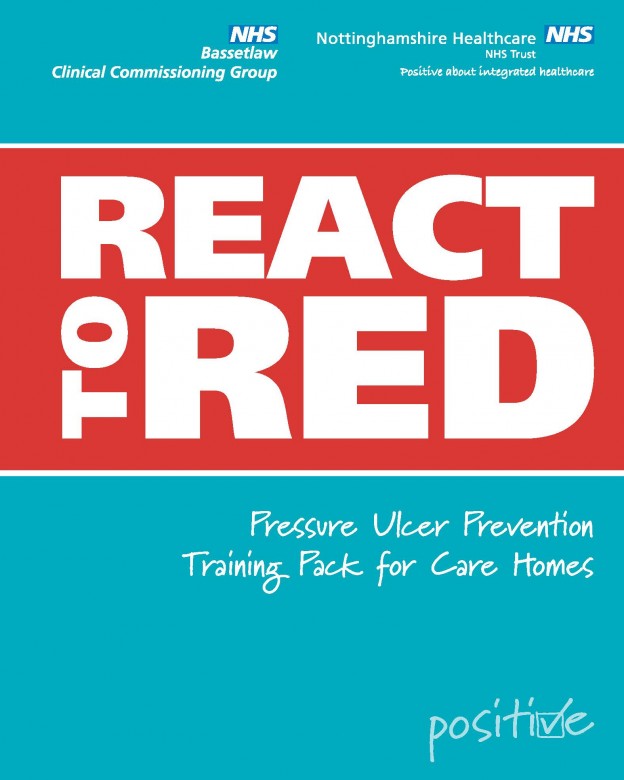 The React to Red training pack for care homes which we designed and filmed for the Tissue Viability Team at Nottinghamshire Healthcare Foundation Trust has been shortlisted for the Nursing Times Awards 2015 in the category of Care of Older People. The Nursing Times Awards received a record 823 entries from 346 organisations this year. The winners will be announced on 12th November.

Based in Derbyshire, but working throughout the East Midlands and the UK, Crocodile House specialises in working with the Health and Social Care sectors. With our personal backgrounds in Learning Disability we especially enjoy involving service users in projects and always want the creative process to be a positive and valuable experience for all involved. We understand the culture of the Health and Social Care sector. We understand tight deadlines, budget constraints and increasing workloads. We’ll work at a pace that suits you and will undertake project management tasks to help reduce organisational pressures.

We appreciate the importance of finding the time to understand the needs of each client and their target audiences allowing for the effective communication of ideas. We have delivered successful projects within Learning Disability, Mental Health, Elderly, Substance Misuse, Recovery and Probation.

We look forward to working with you.